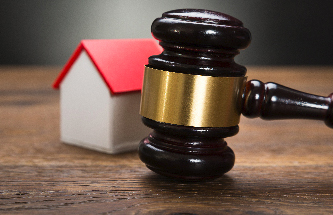 I have already been telling agents to beware of passing over your obligation to referencing agencies and this is now reinforced by a judgment against Blue Sky Properties in Bristol County Court this week.

The case revolves around Blue Sky instructing a referencing company to undertake references on their behalf.

The referencing agency passed the tenants as fit to rent the property but unfortunately the tenants had to be evicted some time later for failing to pay the rent.

When the landlord reviewed the agents file and in particular the referencing forms, inconsistances were found.

The Judge ruled that had all the facts been made known to the Landlord before entering into a tenancy, they would have rejected the tenants. Further that all 3rd party referencing carries disclaimers stating that the details contained in their referencing reports should not be used as the sole reason for making a decision to rent to a particular tenant and that they cannot be liable for any inaccuracy or incompleteness of any information appearing in there report.

Letting agents are also reminder that the Property Ombudsman’s code of practise states “Section 10 of the Code of Practice outlines TPO agents’ obligations when under taking referencing. Regardless of whether a third party referencing provider is used, the agent remains duty bound to consider the results and highlight any potential areas of concern to both the landlord and tenant to allow both parties to make an informed decision as to whether they wish to proceed with the tenancy on the terms previously agreed.

So my message is beware!

Tell us about your situation and we’re confident we’ll find a way to help. Just drop us a line clicking on the button below,